Join us and help businesses grow in the subscription economy. 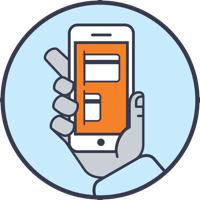 Taking business to the next level

< Go back to product overview

We take great pride in our work but also recognise that life outside the office is equally as important. We have flexible working arrangements so that you don't have to miss out on family or plans.

Enjoy the start-up business office feel in a well established Australian company. Modern facilities and technology is at your disposal from day one.

Enjoy access to a fully stocked kitchen including regular weekly top ups. With access to a great range of snacks and essentials, you’ll never go hungry.

Be recognised for your successes. Whether you complete a big project or display one of our values, you will be rewarded.

Ezypay supports you through your career with tailored learning and development programs to guide you in the direction you want to travel.

At the time of founding Ezypay in 1996, George Holman had owned Vital Health Club. At Vital, George had introduced a monthly membership option that relied on members paying their membership fees over the counter on the first day of each month. However, after the first month it was obvious the system was not going to scale, so an alternative method of collecting recurring payments was devised.

This new method was difficult to achieve as it was a first for the fitness industry, however it was eventually implemented using the periodical payment system offered by Australian banks at the time. Over the course of the next few years this method was replaced with Direct Debit, and finally Credit Card payments were also introduced.

What started as an idea to fulfil a personal business need eventually led to the launch of Ezypay, the very first direct debit business in Australia. Since that time, Ezypay has been instrumental in supporting businesses throughout Asia in the transition to the subscription economy.

From day one,  you can expect a great culture and supportive team that truly lives by their values. Take a look at what makes our team unique.

PEOPLE:  Our people and our customers are at the centre of everything that we do. People are our biggest asset and we want you to thrive and enjoy life at Ezypay.

EZY:  Our work is guided by making things easy and seamless for our customers.

FUN:  Working hard doesn't mean you can't have fun along the way. Be part of a fun crowd that makes working hard, easy.

We're always on the lookout for talented professionals interested in a career in tech to join our growing team. Check out our job openings below and get in touch with us at careers@ezypay.com to apply.

IT Desktop and System Administrator- KL |Technology (Kuala Lumpur, MY)